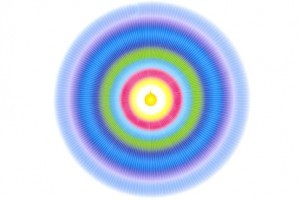 “Arhat” is a Pali term, which literally means “He who is Worthy“ or “He who is worthy of Praise“. Arhatic Yoga, also called 'The Synthesis of Yogas' or in the higher levels, 'The Yoga of Synthesis', is designed to help the practitioner develop to the level of an Arhat.
The word “yoga” is from the Sanskrit root “yug” which means to yoke or unite. Yoga is thus a term given to any technique that culminates in uniting us with the divine one. There are many paths of yoga such as Bhakti yoga which aims to achieve this union through love and devotion; Karma yoga does it through service, Jnana yoga aims at union through knowledge while Raja yoga works at union through meditation. Grand Master Choa Kok Sui has successfully combined all these methods of yoga along with Kundalini yoga to form one of the fastest and most powerful methods for spiritual development and evolution.
Arhatic Yoga – Prep Course
At the preparatory level, the practitioner is taught four meditations which, alongside the Meditation on Twin Hearts for Peace and Illumination, form the foundation for all future practices. Regular practice of the meditations leads to tremendously accelerated spiritual growth, increased healing power, enhanced mental faculties and intuition besides reduced stress, better interpersonal relationships and peace.
The key to the practice of Arhatic Yoga is balance. As the meditations combine the various paths of yoga, the practitioner finds that he or she develops not only spiritually, but also mentally, emotionally and physically. A well-developed Arhatic practitioner then uses these enhanced faculties to help the world by doing service, which forms the Karma yoga part of Arhatic Yoga.
You will first undertake the purification of the physical body, etheric body, astral body and mental body. Then the chakras are substantially activated in a secret sequence to safely and effectively awaken and then circulate the Kundalini energy throughout the body. This technique is practiced by very advanced and evolved yogis. It is the foundation for building the much coveted “Golden Body“!