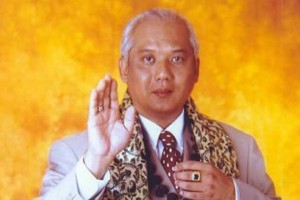 Students often refer to GMCKS as a "scientist of the soul". Master Choa Kok Sui's educational background in the field of chemical engineering helped him in devising methods that are testable and replicable. The scientific art or the artful science of modern Pranic Healing was developed through rigorous experimentation, research and validation techniques over many years. Master Choa Kok Sui tried to reduce the gap between science and spirituality by using experimental processes that were essentially scientific in nature.

Through extensive scientific research, Grand Master developed a discipline known as the "Technology of the Soul" that has profound, far-reaching, powerful and exciting implications for the future of mankind. A portion of this philosophy is presented in Achieving Oneness with the Higher Soul, formerly known as Meditation for Soul Realization. GMCKS' book, Universal & Kabbalistic Chakra Meditation on the Lord's Prayer also contains some of these principles while some teachings are imparted to senior disciples and advanced students during special workshops.

GMCKS stressed on the importance of validation and proof in all his spiritual quests. He regarded spirituality as a science but an inner science that deals with phenomena deeper than and beyond the external physical world. The marriage of science and spirituality can also be seen in the modern developments as quantum physics merges with mysticism and in the fields of homeopathy, acupuncture, feng shui, chi kung and vibrational medicine among others. Pranic Healing is thus the ideal balance of science and spirituality and helps in attaining and sustaining wholesome health and success.