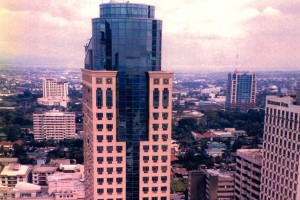 Pranic Healing has been described as a simple and yet very powerful technology that can be employed with immediate benefits to the patients. This quality of Pranic Healing makes it the perfect Healing modality for millions of people suffering from a variety of illnesses who have no access to medicine. It was with this idea in mind that Grand Master Choa Kok Sui decided to bring Pranic Healing to the poor and under developed areas of the world.

Thus was born the World Pranic Healing Foundation on July 23, 1990, with a humble beginning where the office was started with only one table and a chair, shared by about 6 employees. They had to use the stack of Pranic Healing books as their chairs during staff meetings. But what they lacked in logistical support, they more than made up for, in terms of Devotion and will-to-do-good. In its first year alone, the Foundation was able to produce more than 3,000 graduates from seven different regions of the Philippines. Initially funded by Master Choa and the Institute for Inner Studies, Incorporated (IISI) which was established on 27 April 1987 by Master Choa Kok Sui, the Foundation eventually attracted other benefactors enabling the organization to continue the work of propagating Pranic Healing throughout the Philippines as well as in other developing countries like Indonesia, India, and parts of Africa and Asia.

With the support of its donors, the Foundation has not only been able to continue its international operations in developing countries, but has finally been able to purchase its own office. The International headquarters of the World Pranic Healing Foundation is now located at 2210 Medical Plaza Ortigas Building, in Pasig City, Metro Manila, Philippines.